Your comments about the consequences of using different RAW-converters are spot-on, Bob!
Thomas (beware: Nikon-fanboy and moderator!) My Lens Reviews, My Pictures, My Photography Blog
D810+assorted lenses

Another review of the E-M5 can be found at Olympus OM-D E-M5 Review. Time to settle down with a hot cup of tea, have a read and make sure I don't have to cancel my order methinks!

Update: I think the DPR tests have finally put to bed some of the wilder claims for dynamic range from the E-M5 but looking at both the RAW images and also the response curves I also think it's fair to say that the E-M5 can stand tall and proud in the company of any of its APS-C competition. Great result!

The battery is on charge and by the time it has had its three hours it will be dark but, sad man that I am, I'll do some serious camera fondling in the meantime. The E-M5 in black is utterly gorgeous. I'm in love!

I have one on order Bob, so can't wait to read your findings (although I'm tinged with jealousy looking down my drive every 10 minutes just in case the postman is coming)

Everything works! Even the LEICA D VARIO-ELMAR 14-150mm focussed reasonably quickly though I have lots more testing to do before I can put any numbers to that assertion. I'm working my way through the menu settings and customising the camera to behave the way I want as out of the box it seems more oriented towards the point and shoot upgraders.

Far too early for me to write much about the camera except to say I love it! This morning I popped the 14-42mm on, stuffed the camera in an inside Harkila Kodiak jacket pocket (where my G10 used to live) and took the dogs for a walk. The shots I took were more with a view to seeing how well the lens performed and for such a pocketable combination I'm very happy. 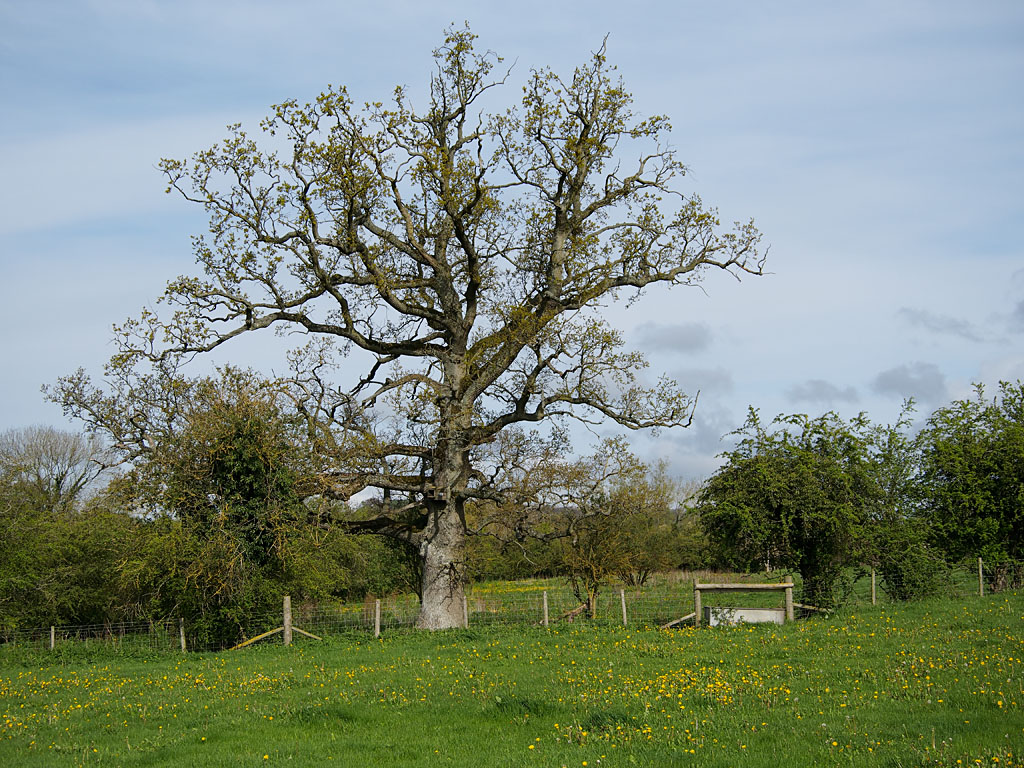 The EXIF data seems to have got swallowed by Olympus Viewer 2 during conversion from an "ORF" RAW file to 16 bit TIFF prior to opening the image in Photoshop so here's a brief summary: 28mm (56mm equiv FoV), f/5.6, 1/1250 second, ISO 200. My intention is to use Adobe Camera RAW to develop the RAW ORF files but as my upgrade to CS6 (with its E-M5 support) won't arrive for a few days I had to make do. The image above is uncropped with a tad of extra sharpening but apart from that is essentially as the camera provided out of the box with no extra noise reduction.

The shot isn't going to get many marks for artistic merit but it is telling me that with the 14-42 lens in place I no longer need to carry the G10 around! Neither will the next shot win any admirers but it was a quick grab to test dynamic range, not in any scientific sense, but just to see what the camera can do.

and my rough and ready processing has left the trees looking rather the worse for wear but my focus was on trying to show how much detail could be pulled out of both the highlights and the shadows. As I said, not scientific (the reviews have done the numbers) but for situations where exposure bracketing isn't feasible at least the E-M5 RAW data does offer the possibility of a rescue mission for web sized resolutions.

Once I get native ACR support for ORF files up and running I'll be much more able to tell how much magic, if any, is being performed behind the scenes by Olympus Viewer 2 as it develops the ORF files but in the end I suppose it doesn't matter too much. The OM-D E-M5 is producing an IQ at ISO 200 which is more than good enough for my needs. Am I glad I sold the 5D Mark II? You betcha!

Congratulations, Bob! And have fun with your new Olympus.
As an old Olympus OM-2N aficionado I'm very interested in your findings!
Thomas (beware: Nikon-fanboy and moderator!) My Lens Reviews, My Pictures, My Photography Blog
D810+assorted lenses

Now that I have my E-M5 I'm no longer actively searching out reviews but Steve Huff, whose blog I have linked to earlier, has published his OM-D E-M5 review here.

It reads very much like the output from an Olympus fanboy but now that I have the camera and some decent glass I totally understand where he's coming from.

I guess I'm still a Canon fan, it's just that they don't yet make what I need. As for Olympus, I'll let the fact that I still have my OM2 speak to my affection for the brand. Now that they have access to a truly competitive sensor it will be interesting to see how they evolve the PEN line and how long it will be before they add a lite model to the OM-D line.

We had something pretty unusual of late in the UK called blue sky. It even had some white fluffy bits in it so I took another opportunity to do a test shot of the tree I showed a few posts back.

This time the RAW (ORF) file was processed using Photoshop CS6 (which arrived this morning) together with the beta update for Adobe Camera Raw (v7.1) which understands E-M5 ORF files. Some of the ACR sliders have changed since the version that shipped with CS4 so I let it do its "Auto" thing and applied my default presets for a landscape. I then opened the image in Photoshop CS6, applied a gentle tone curve, a tad more sharpening (Smart Sharpen) and some gentle noise reduction courtesy of Topaz Labs DeNoise plug-in. Here's the result as a 1024x768 "thumbnail" but more to the point if you click the image you can download the full sized version as a 7MB JPEG. 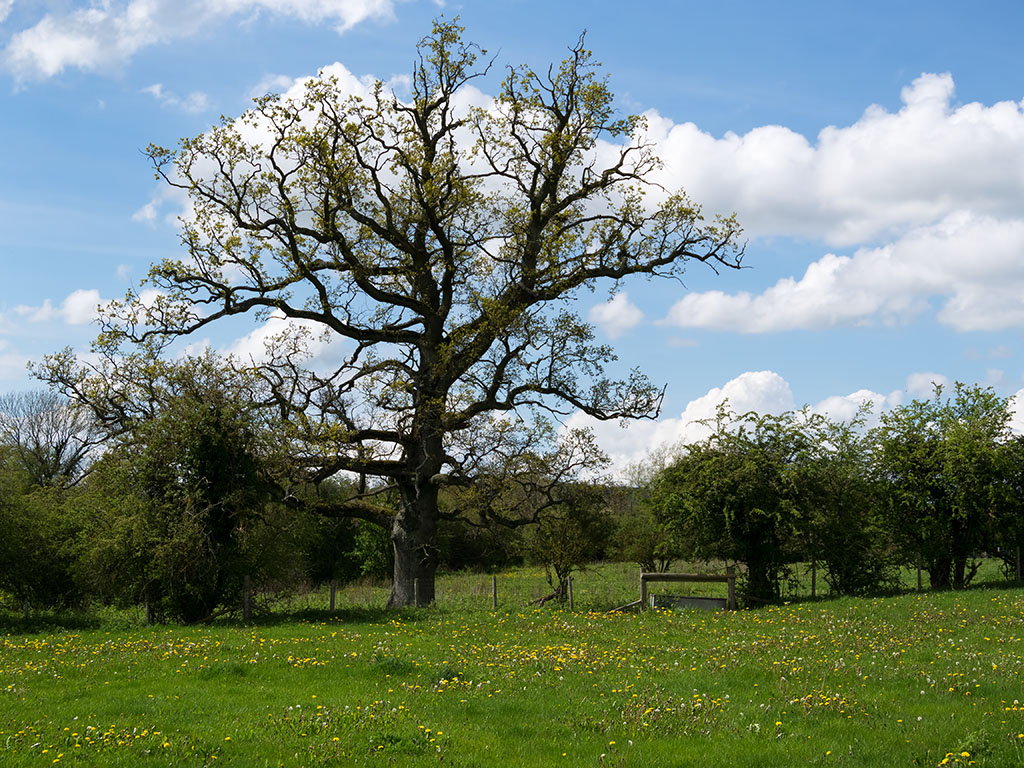 This time the EXIF data is intact:


Again, I'm not looking for artistic praise although I find the image pleasant enough. I've shared to illustrate the abilities of the E-M5 when fitted with the ultra-compact H-PS14042E. Processing the RAW file entirely in ACR/Photoshop I saw a little more noise in the sky than I had previously but that could be down to the sky actually having blue in it this time and I've also turned off all in-camera noise reduction. The effect is very subtle but I think that by doing that and bypassing the Olympus Viewer 2 RAW developer I'm seeing just a little bit more fine detail, particularly in the branches of the more distant trees at the left of the image.

The more I play with the E-M5 the more impressed I am.

I got my E-M5 on May 8th and love it. It clearly has less noise at higher ISOs and a better a stabilization system than my E-PM1. Already, I feel that the M5 is becoming an extension of myself. I manage to carry the M5, Oly 9-18mm, Oly 40-150mm and either my Pany 20mm or Pany/Leica 45mm Macro in three pockets of my shorts. So I almost always have my camera system with me. Here is a link to my M5 Gallery for anyone who is interested.

Gordon has done an interesting "Olympus E-M5 vs Panasonic GX1 / G3 noise (RAW)" comparison which you can read here.

The E-M5 wins and it seems quite clear that it doesn't use a version of the GX1 sensor.

Nice comparison you two did together! Indeed the M5 looks clearly better.
What do you think of Gordon's new RAW-processing ("warts and all!")?
Thomas (beware: Nikon-fanboy and moderator!) My Lens Reviews, My Pictures, My Photography Blog
D810+assorted lenses