He was getting out, she was getting in at D'Bah. Not sure why, the surf was lousy, I saw a few whales but to far away for a decent shot with the 400 mm. A few animals shots from my vacation 
Cheers
janern
Some flappy mirrors and lots of glass 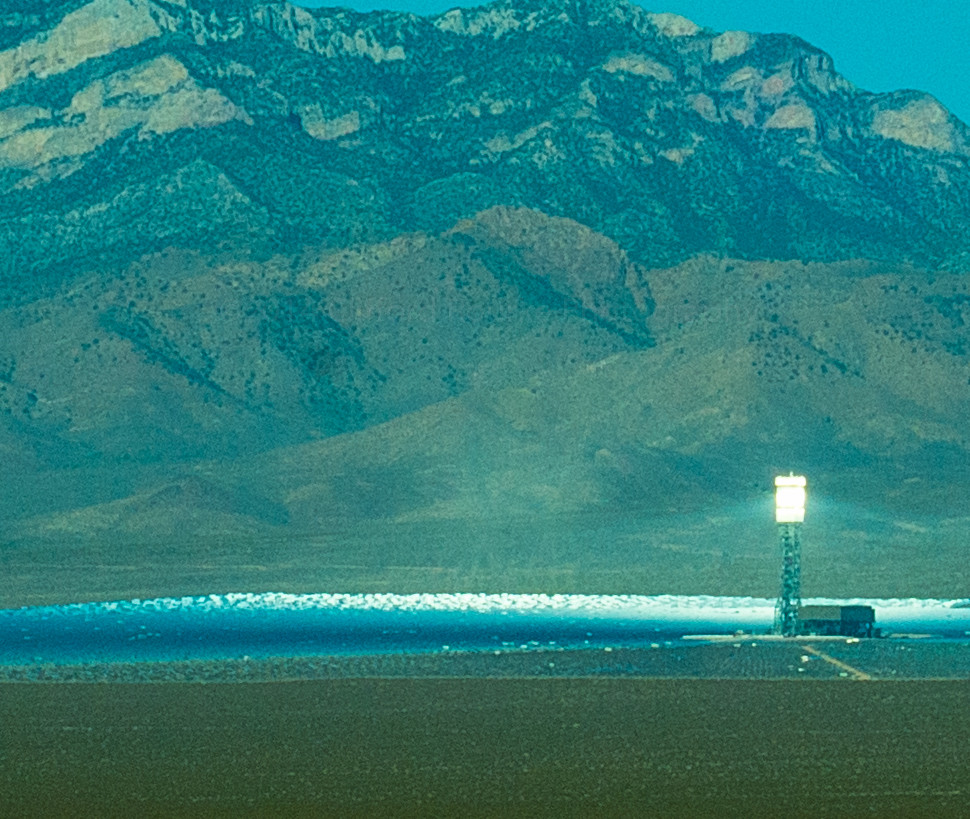 D800 with 50mm F/1.8- only lens I own. Shot from ~2 miles and cropped to the center 20 percent of the frame. Points to the need for a telephoto. The field of mirrors looks like the beach but it is just a field of mirrors. White ones face the camera, blue ones reflect the sky over the mountains. The green band below the tower is the back of nearer mirrors. Viva Las Vegas!!
Photo Taker for ~30 years.
Books: The Art of Photography- Barnbaum, Photographically Speaking- duChemin.
@Clifford Rourke on Twitter, Clifford Rourke on Google Plus

A patch of wild flower meadow, Westmorland, England. The bumble bee entered the frame just after I lay down to take the shot. I didn't see the greenfly on a stem to the left of the bee until the pic was on my computer screen.

A headstone/memorial in a Heysham, Lancashire graveyard. Someone was a bit of a character. Two Sarahs, married in succession to one James Jones. One of the three was presumably the "Poet Philosopher & Failure." The bottom memorial stone to Sarah Elizabeth (Sadie) also bears these two inscriptions: "Guardian Angels" and "Alas poor Yorick." 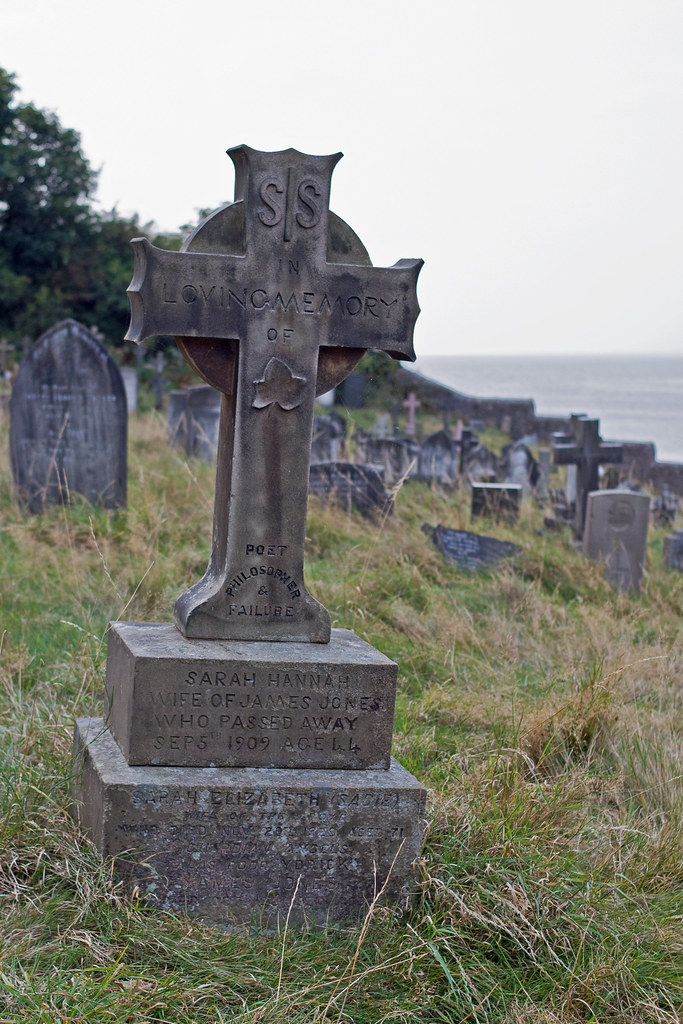 Sugar Train hauling to the mill at Cairns. 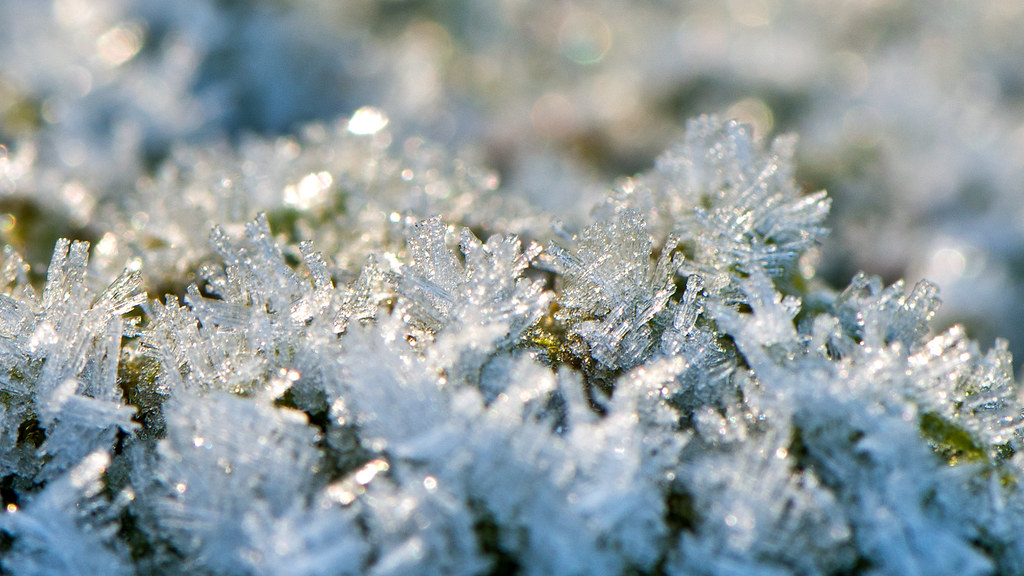 An ice spike/stalagmite that grew overnight in a container of water put out for birds yesterday. It was pretty chilly here last night! .
I see this view pretty much every morning as I leave the village micro-bakery but this morning the light really appealed: 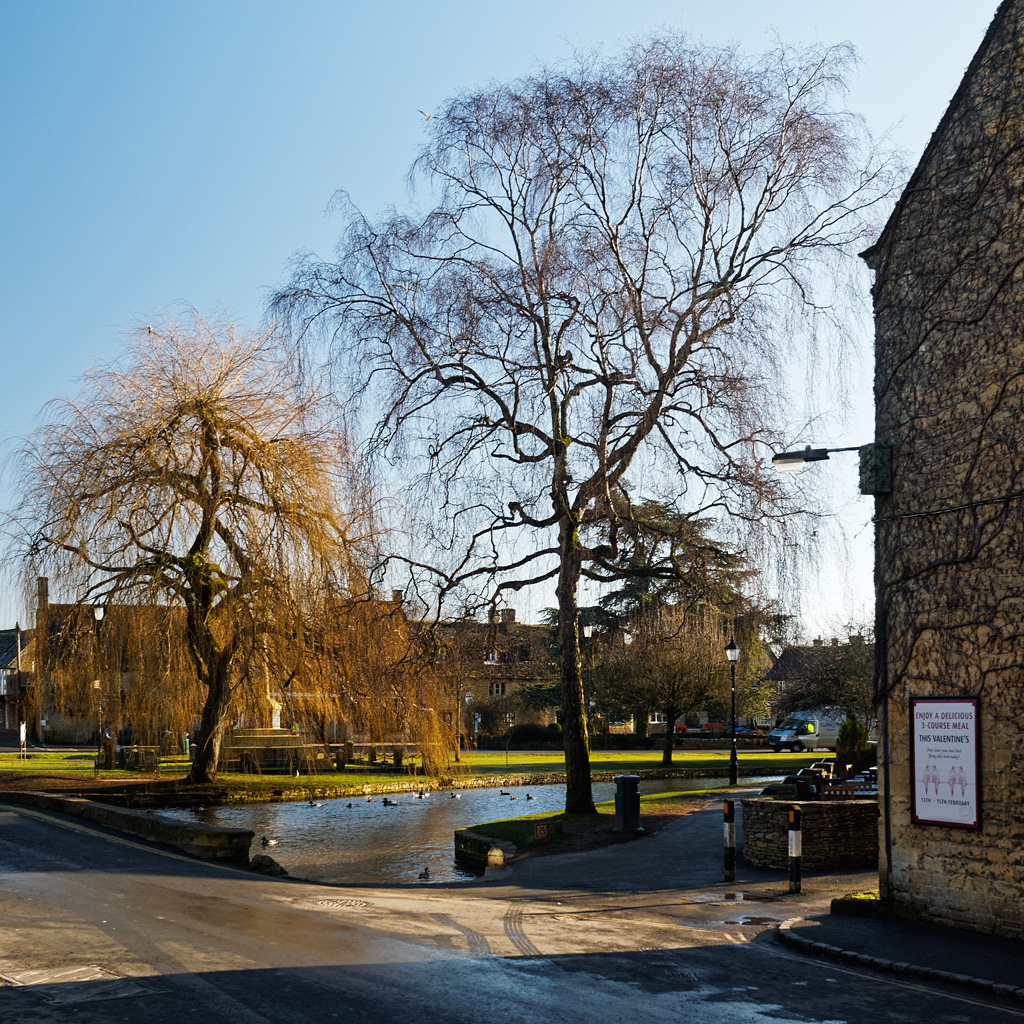 It looks very tranquil, the shot captures this with the ducks. I thought it would be to early for the grass to grow, still winter up there?

.
Yes, it's definitely still winter although there are a few signs of spring such as flowering bulbs, more bird song and woodpeckers pecking.

It's amazing how the light can be just right on one day and 24 hours later, as in this morning, look completely different despite having nominally the same clear blue sky. A reminder to always have the camera along. But that's teaching Granny to suck eggs on this forum!

Trouble is, Bob, I'm not sure there are many of us left to try teaching the sucking of eggs to! The site, or at least the forum, seems to be dying with no visible attempt at resuscitation. Is there any news about the way forward here? I still look at the camera and lens reviews, as I am sure others do too, so the site lives - just not the user participation bit.

Like you, WM, I also look forward to reading about equipment & check out Thomas's great lens reviews with interest, but feel the forum has just been left to fade away.
It appears that even the admin doesn't log in/check the site from one month to the next; Last visited: Thu Jan 08, 2015 7:43 am, let alone post anymore?

Also, the initial sign up process must be far too easy, as all we seem to get are `spammers these days. I'm forever pressing the `report` button!

There does seem to be a lot more activity on the social media these days. As @BobAndersson I inhabit Twitter-space (or should that be twit-space

) where Gordon (@Cameralabs) regularly flags review updates and shares photos and thoughts about food (often burgers) and coffee. I don't inhabit either Facebook or Google+ but my understanding is that there is similar activity there, maybe even more as they don't have the 140 character constraint.

It's not so long ago that BBS's were the bee's knees and I wonder if, with very few exceptions, specialist forums are going the same way. In the time I've been active here the digital camera market has matured and the smartphone has largely superseded the compact camera. As a result some of the excitement of wave after wave of new tech has diminished and, for all of us, there are only so many occasions in a lifetime that one wants to explain the basics of shutter speed, aperture, DoF etc., especially as the answers to those questions can be found either by a forum search here or much more widely by a search of the web.

With less to talk about on the tech front as the pace of innovation subsides that leaves photo sharing as a major activity and it's my opinion that social media and specialist photo-sharing sites have a huge advantage over forums, both in ease of use and the size of the potential audience. But that's just my take on it, not an official CameraLabs position.

So far as new registrations are concerned yes, the spammers are a pain although I more often than not see zero content posts from such accounts which, no doubt, will either be edited later or have signatures added by the owning bot. We had a quiet time for a while last year but that was because Gordon deleted all accounts with zero posts and also temporarily closed the forum to new registrations completely!