The Canon EF 300mm f/2.8L USM (without IS) is an old lens. Introduced in November 1987, it was one of the first EF mount lenses produced. I found a used sample at a (relatively) low cost and bought it. According to the lens coding, this sample was itself from November 1987, making it 24 years old. 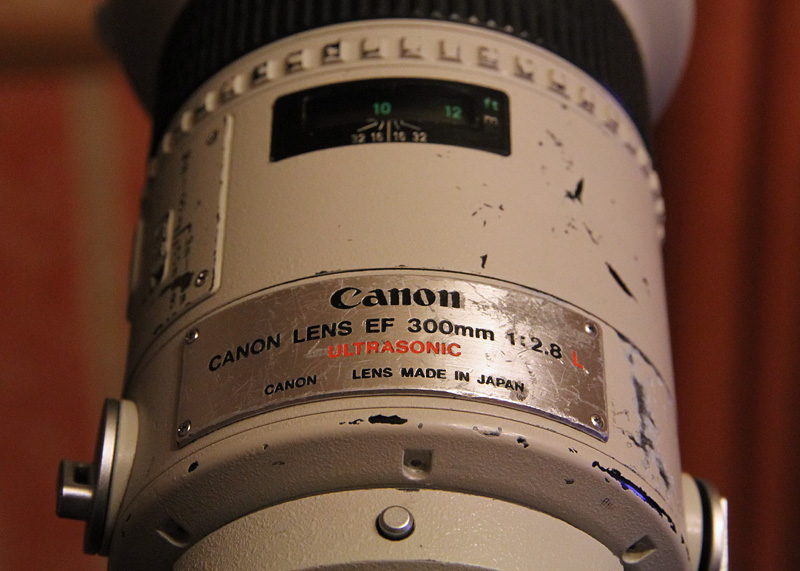 Being an old used lens, it shows significant signs of battle damage, but after a check all seemed well. On the top you get the usual distance scale. 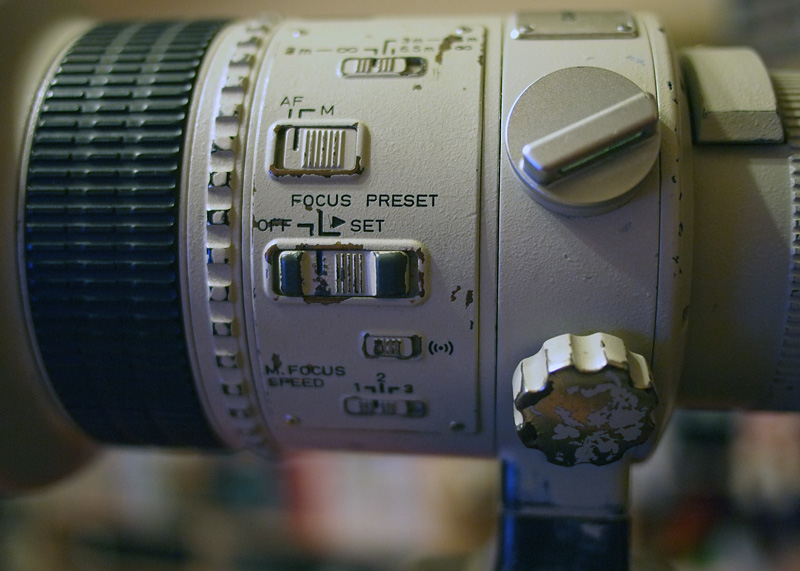 At the front is a generous focus ring. Behind that is the focus preset recall ring. A twist of that, when enabled, causes the lens to focus on a preset distance. Behind that are the main options. You can limit the focus range to speed up focus seeking. You get to select if you want to use AF or MF, and turn on and set up focus preset. The lens features its own beeper which can activate on focus lock like the body does. There is a switch for manual focus speed choice. Behind that is a fixed tripod mount. A large screw locks and unlocks it to rotate, and there are detents at 90 degree intervals so you can easily switch between orientations. Right at the back is a removable drop in filter assembly, so you don't need to get a massive effect filters for this lens.

The lens hood is reversible and is held in place by another large screw. The lens doesn't come with a front lens cap as you would recognise from smaller lenses. Instead, you get a cover which fits around the reversed hood. This has a hard front and a soft side, and to me is a bit fiddly to fit and remove. Practically this would only be used during storage. You're not going to pop it on and off frequently throughout a day.

Although the lens has USM, this is a focus by wire design and doesn't allow full time manual override. In manual, the speed switch trades off speed and accuracy. Unlike more modern implementations on other systems, there isn't a speed sensitive acceleration.

The weight is going to take some getting used to. A shade under 3kg without camera is going to give you a workout.

What does a 300mm f/2.8 lens give you that other lenses don't? There are other affordable and not so affordable lenses going up to 300mm, but the vast majority of those don't do it at f/2.8.

So one scenario is shallow depth of field applications. And it is very shallow. Focus accuracy is the key here so it needs to be aligned accurately to the camera used. That wasn't why I got it though...

Most Canon bodies other than the 1D series will officially AF up to f/5.6, although some 3rd party lenses stretch this to f/6.3. If you want a long focal length with AF, your choices are very limited. A 300mm f/2.8 lens can be used with a 1.4x extender to give 420mm f/4, or 2x extender to give 600mm f/5.6 lens systems. And both will autofocus. This will be my prime application. Note I only have a pair of Sigma EX DG teleconverters to use. Performance with Canon's own extenders may differ.

All images were taken on a Canon 7D. 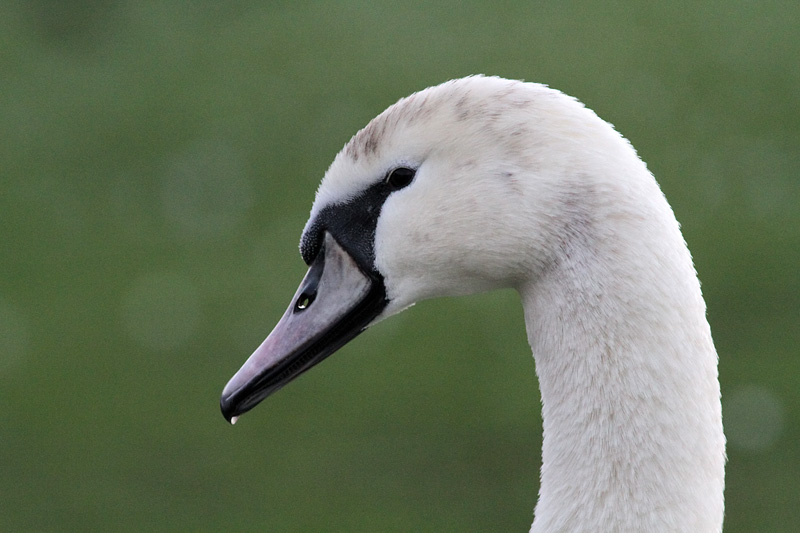 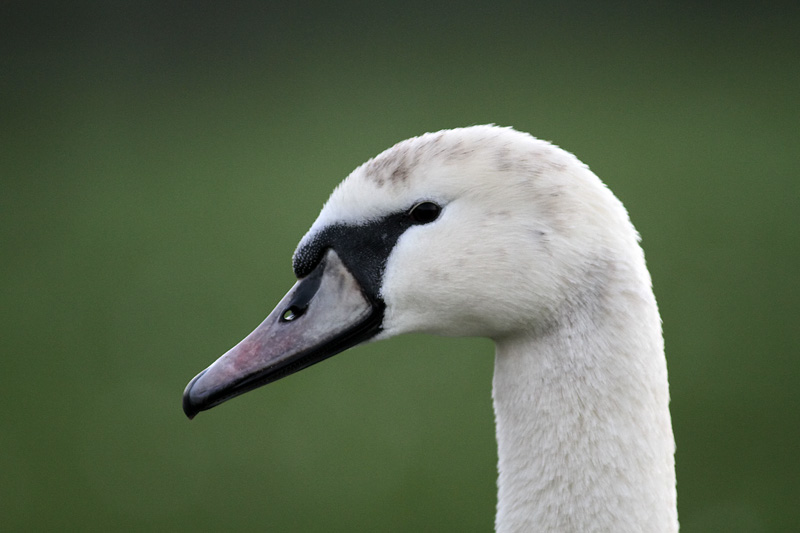 300mm f/2.8 - compared to above, notice how the background has been blurred out even more. Also note vignetting is apparent even though this lens is used on a crop sensor. 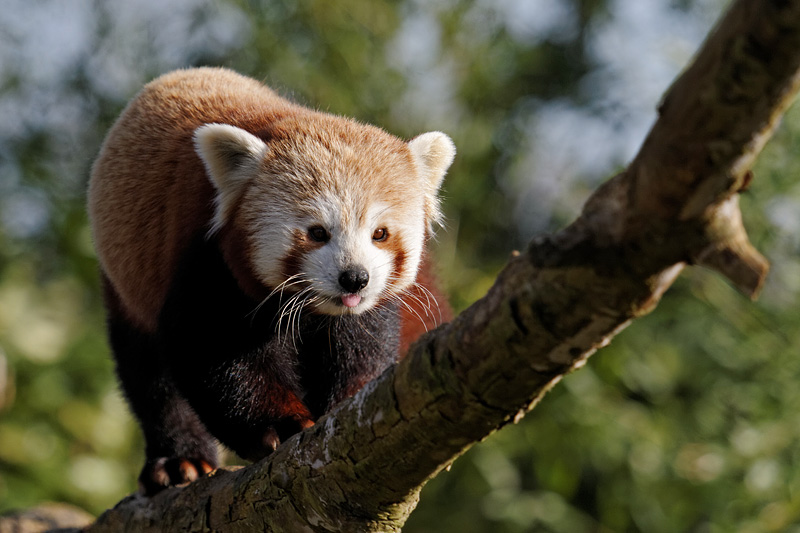 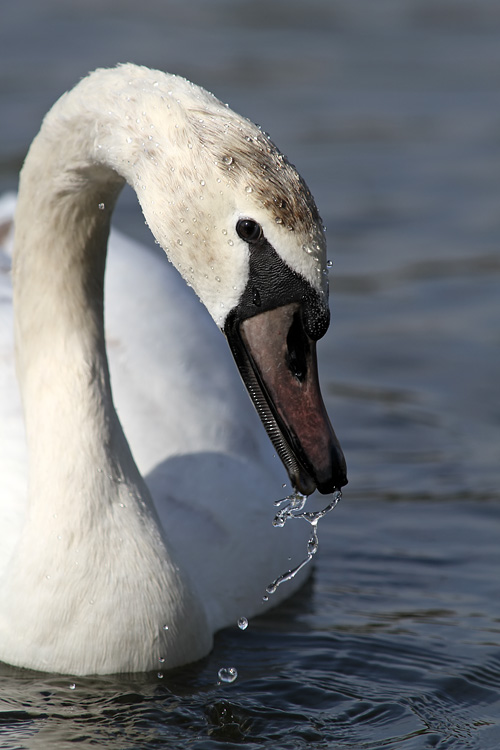 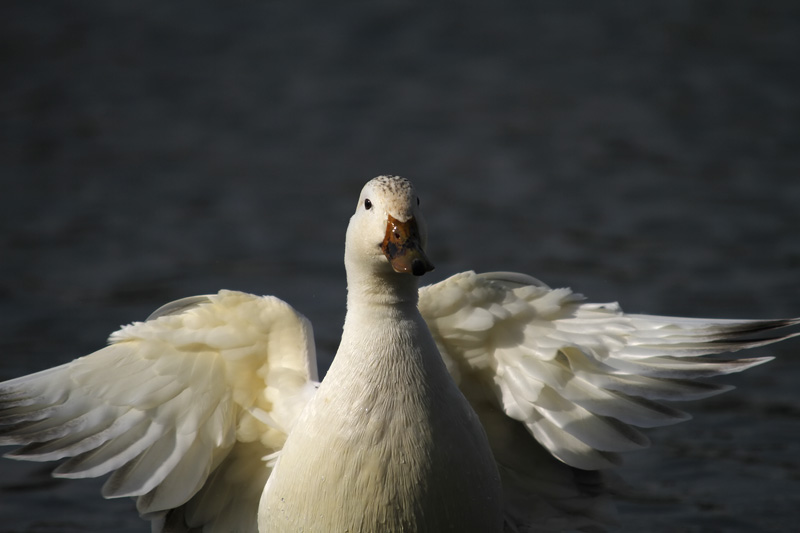 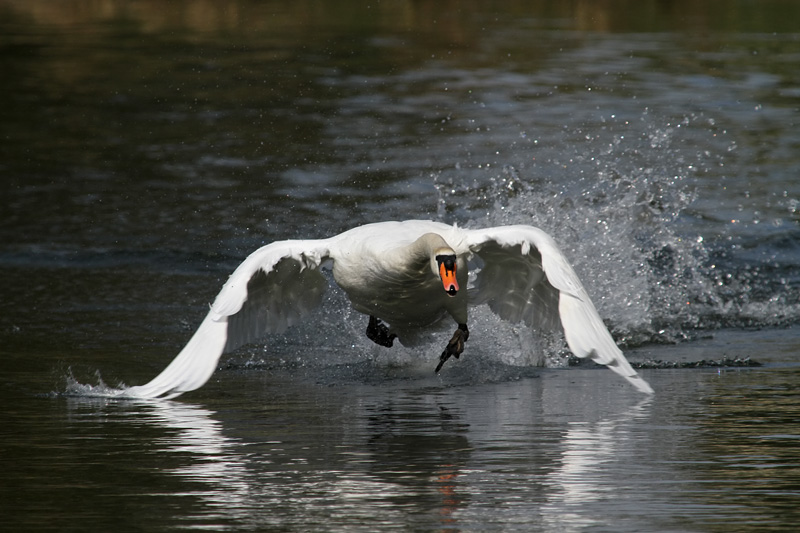 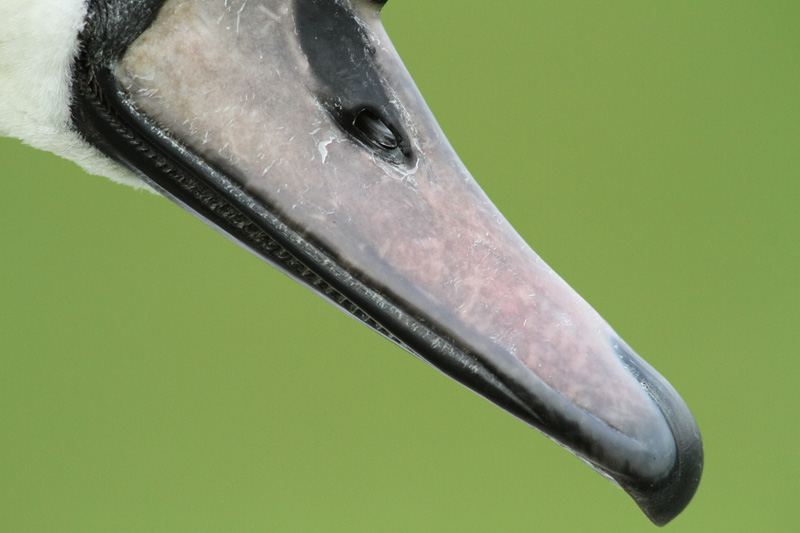 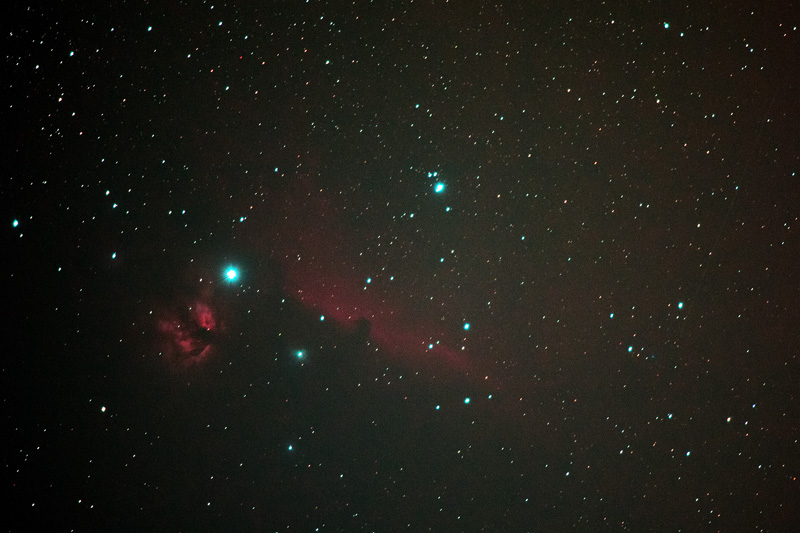 300mm f/2.8 cropped- making use of the speed here, although the vignetting makes itself particularly apparent.

The AF speed was generally pretty good although it takes a little while if it needs to seek a long distance. Possibly better than the 100-400L but I haven't done side by side tests. Focus accuracy was challenging, particularly at longer distances at 600mm, although similar problems are also present on the 100-400L as the AF points are relatively large compared to the small subjects.

Motion blur from lens shake at 600mm was a bit more apparent in the field than indoor tests. A newer IS model could help out here, but this is manageable with shutter speed choice.

Putting that aside, the image quality is impacted by the use of the extenders. Wide open the lens may or may not be a little softer, but it is hard to tell from the shallow depth of field. Stopped down one or two EV it looks very sharp. Images are 300mm and 420mm are great, but 600mm is noticeably degraded and doesn't reach razor sharpness when pixel peeping. For wildlife field usage, stopping down is generally required anyway to get an adequate depth of field.

The lack of zoom is an inconvenience. Swapping in and out the converters is fiddly and time consuming. Ideally you would pick a length to use and stick with it, and use other lenses if you need something shorter.

Weight and size is definitely a major factor. In comparison the 100-400L weights nothing. The 300mm is handholdable but not for long periods. Also you might need to get a bigger bag to hold it. This lens is one you need to consider more for when you want to use it. It isn't something you take along just in case it comes in handy unless you are close to your transport most of the time.

Finally, one tip for anyone with this lens. Because it doesn't have full time manual focus override, you can rotate the focus ring as much as you like in use without affecting it. By holding the lens on the focus ring, you can use it as a bearing and quickly and easily switch between portrait and landscape modes.

Other lenses to consider

This wasn't the only choice in this space.

The nearest Sigma lens is their own 300mm f/2.8 model. But even this was much more expensive than the price I paid for this used model.

If range with zoom is your thing, there is the Sigma 50-500mm. Not quite as long, and f/6.3 aperture at its long end, it is much smaller and you also get the benefit of zoom.

Back to Canon, you could instead get the current 300mm f/2.8 IS USM model. Just don't look too closely at the price. There is also a mk2 which should be available any day now at even more cost.

I think I'm far from mastering this lens... not something you want to carry around "just in case" it might come in handy! 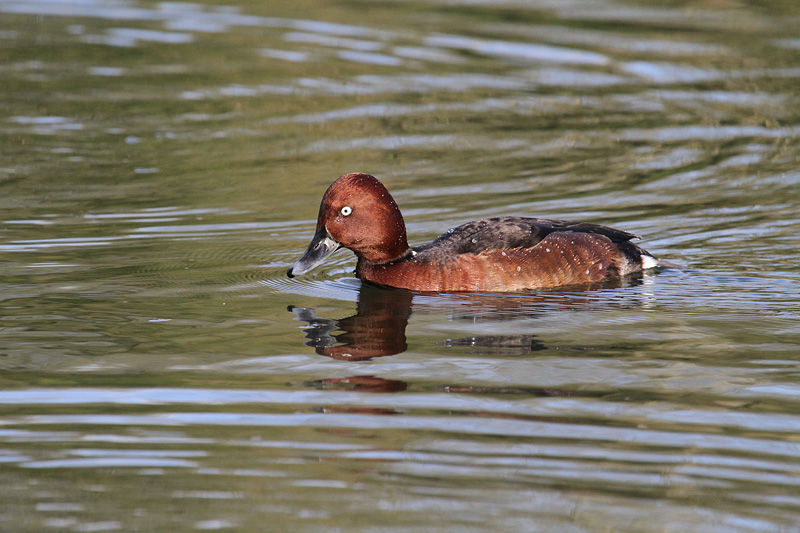 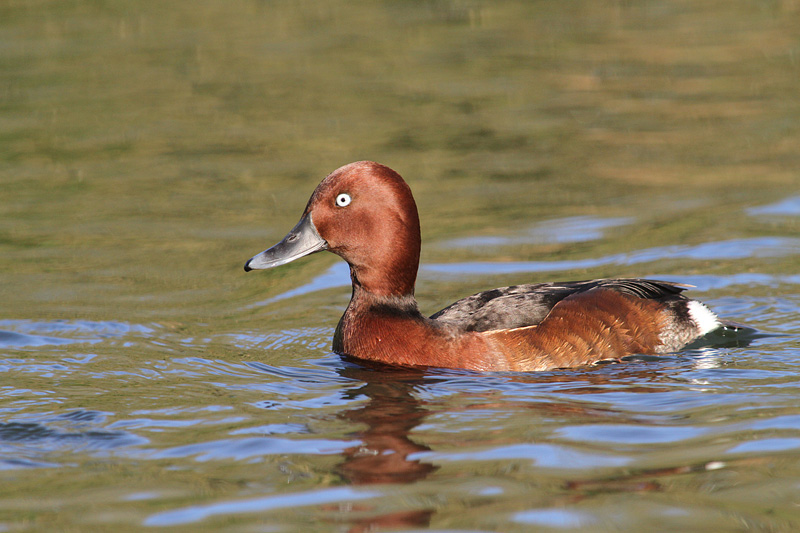 Now for some crops. These are lossless cropped camera jpegs with no other editing applied.

Thats pretty good for 7D (which has so tiny pixels - requires good quality optics). Here are some of my test images from 5D.

I know, this might be stupid pixel peeping - but hey, these are L grade lenses so I just want the best out of them.

Since I don't have the lens any more I thought I should thrown in some closing thoughts.

While I knew the lens was big and heavy when I bought it, I under-estimated how little I used it. You don't carry this around unless you are going to use it. And the times I said to myself I needed it were very rare. The weight really gets to you on a trip out if you have to carry it by hand, particularly if you have other kit too. In other words, this lens ended up being a solution worse than the problem.

I just got this baby but havent had the time to test it out.Its huge and its heavy but that is to be expected from a big fast telephoto.Mine is going to be used almost exclusively on monopod so I dont care about the weight.It is in more than good condition for a lens this old.