From this Hubble data, processed by yours truly.

What you are seeing is the result of an ongoing "collision" between two galaxies triggering intense star formation and massive tidal disruption not only of the star orbits but, of course, the interstellar dust. The chances are that stars never hit each other in such events although I imagine that many solar systems have their planetary orbits disturbed. 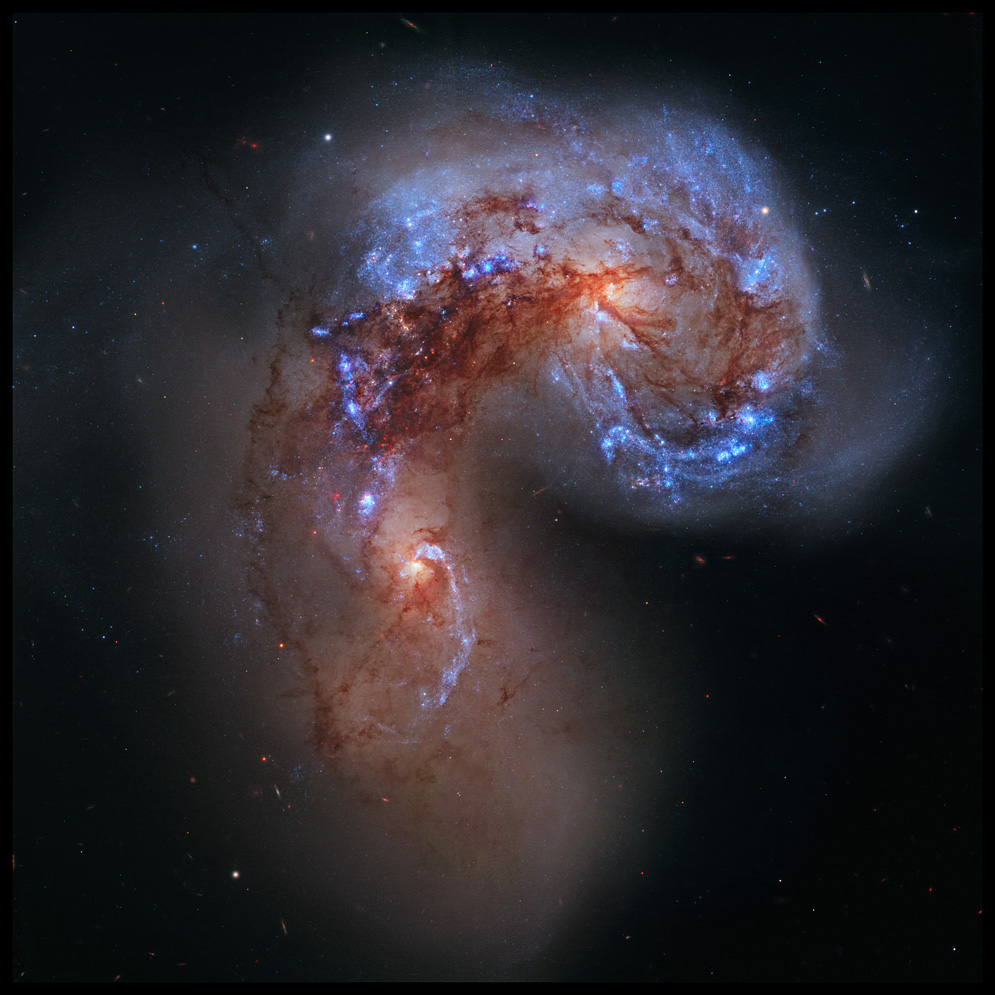 A half size version (1990x1990) is available here - if you are interested it is worth checking out using an image viewer which has a darker background than the forum pages. There's also some very good NII data available for this image which I'm currently working on but I have a feeling I'll prefer this version just using the Hubble F814W/F550M/F435W filters (mapped to Red, Green and Blue of course). There's an image (here) over at Wikipedia which includes the NII but the additional red tends to block the blue.

Processing followed my normal workflow except that I had to tone down the colour, presumably because of a saturation amplification effect due to the bandpasses of the Hubble filters used, and my aim was to bring out the structure of the dust lanes without it looking as though I had!

The night sky as seen from a planet orbiting one of the stars in this object must be spectacular. Maybe the best view could be had by local machine intelligences who could enter "slow time" to watch the collision in perceptual real time. I wonder what their word for "Wheeee" is.

Re: The Antennae Galaxies

At first I missed the Hubble part. That made me instantly think "God Lord! What kind of equipment does he have?"

Amazing picture still. Nice processing! The universe can really make you feel small in the grander schemes of things.