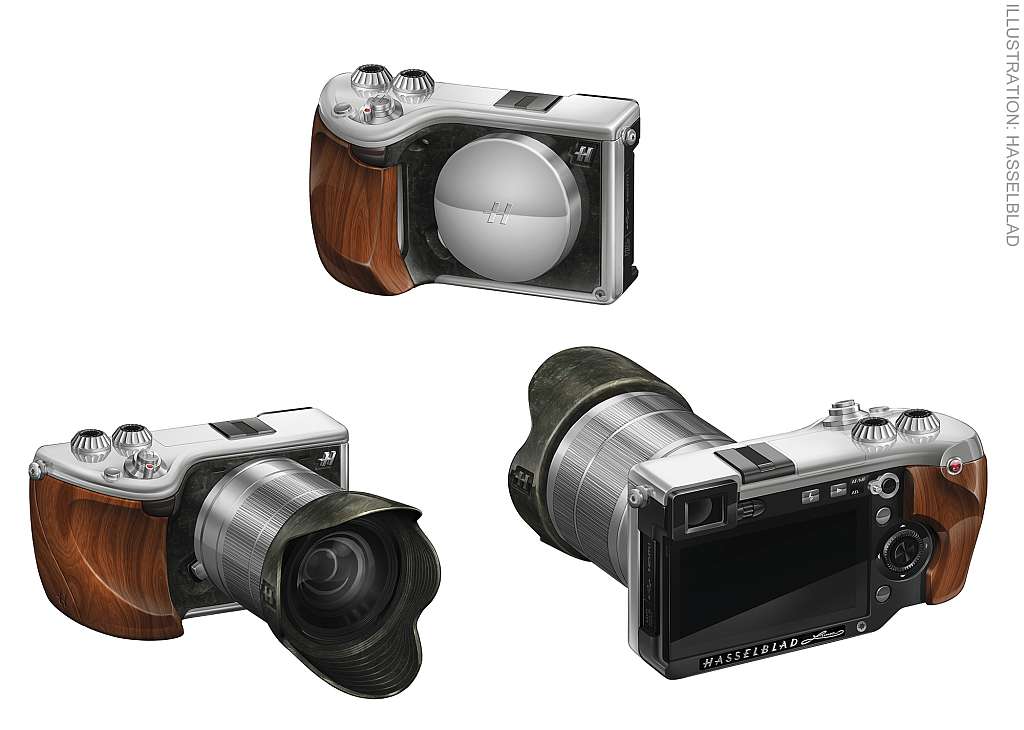 From this press release "Hasselblad and Sony usher in a 'new dawn' with a long-term partnership that will enable the high-end medium format camera manufacturer to diversify for the first time into new market segments."

Every indication is that the Lunar is no more and no less than a re-skinned NEX-7 so, at â‚¬5000 a pop, I can see quite a few parked next to cold drinks on whatever passes for a poop deck on a luxury yacht in Monaco but very few in the hands of photographers!

Looks like a gentleman's camera, not one that a photographer would carry around (don't get me wrong, I'm not saying photographers aren't gentlemen). The wood looks nice, I guess, but it wouldn't fit my style, and I hope it's not a reskinned NEX-7, that would be sad

.
Oh, I love it! Will the Habbelsad be available before Christmas?

Hasselblad are apparently getting all defensive now but having read the BJP article Hasselblad: 'We're not robbing people with the Lunar camera' I have come away with the impression that Hasselblad itself is a little bemused:

"We realise it's difficult to explain what we're trying to do when we launch something for the first time," Hasselblad's new business development manager, Luca Alessandrini, tells BJP. "After a little while, when you come out with more products, then people will start to understand. But in the beginning, when a product is coming out of the blue, it's a hard one," he admits.

There's a lot more from the Hasselblad spokesman in that article but I think they are tying themselves up in knots unnecessarily. Why not call the Lunar a fashion accessory and have done with it? A Cartier may not tell the time any better than a Tissot, for example, but it's infinitely more desirable if money is no object. Same deal with the â‚¬5000 Lunar in comparison with the â‚¬999 NEX-7.

.
I'd almost forgotten about the Lunar until this morning but Photography Bay suggest that the camera won't be available until June. It's always fun to put two and two together to make five and I read a while back that Sony Alpha Rumors believe the Sony NEX-7n will be released in May. If that's true then that implies the Hasselblad Lunar will be based on the 7n rather than, as was originally expected, the 7. Let's face it, even those daft enough to spend $5,000 (estimated) on the Lunar may balk if the camera is based on an already superseded model!